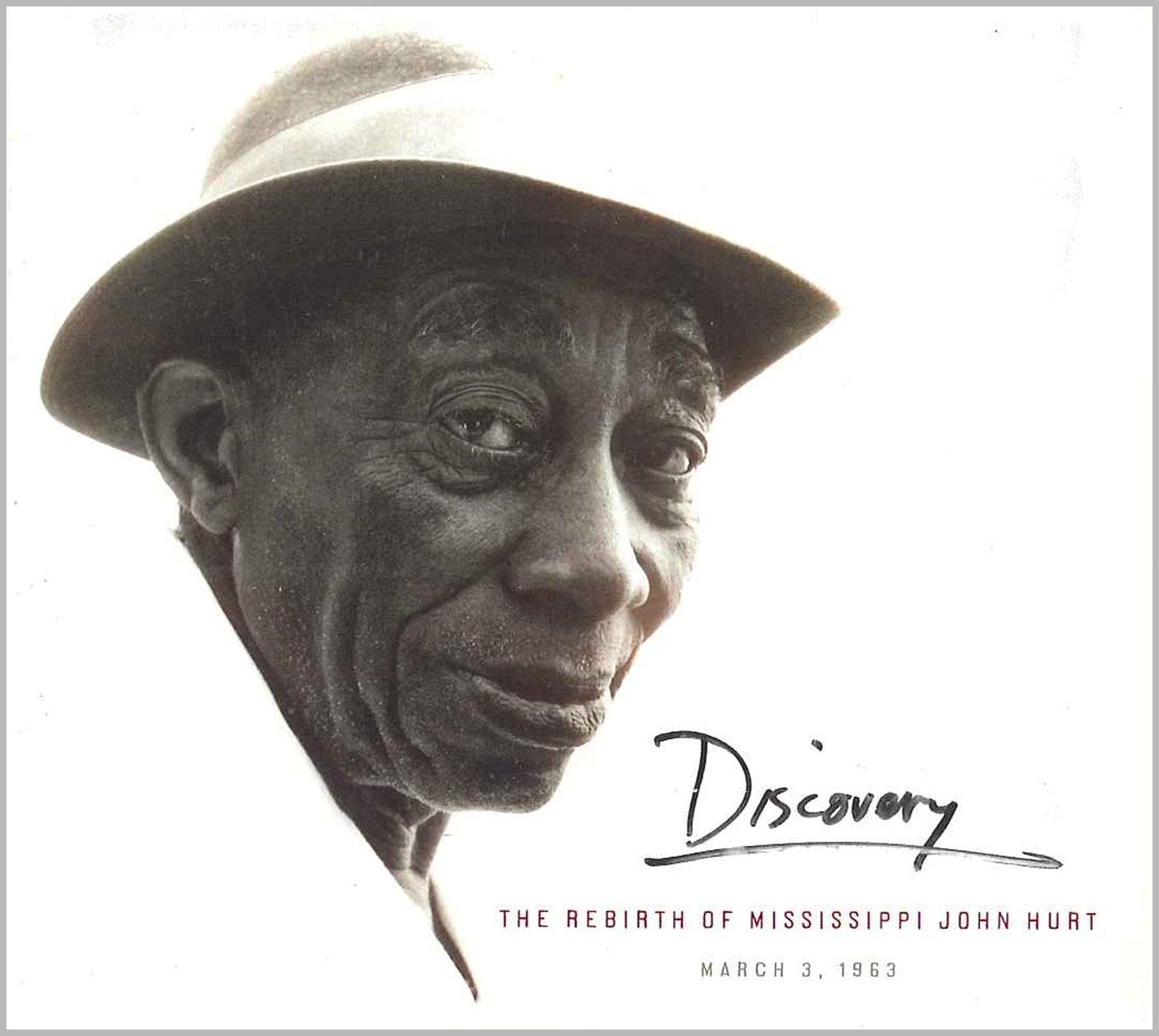 On a fateful day in 1963 guitarist, blues fanatic, and inspired roamer Thomas Hoskins rapped on the door of a small house in rural Mississippi. The house was at the end of a long, twisted road for Hoskins and the beginning of a new, unknown road to be traveled with Mississippi John Hurt. These 'lost' recordings have never been heard by the general public and provide a window into a period before John Hurt became a professional musician and the most respected songster in the American folk movement. Keep checking back to Spring Fed Records for more information concerning this never published historic recording.

Remarkable, the career of the uniquely gifted Mississippi John Hurt.

An unassuming self-taught musician in a remote area of Mississippi in the 1920's, unaffected by the contemporary blues or 'race records' of the day. Some years ago, his son remarked to me in an interview that there was not even a record player in their house; that his father had 'dreamed how to play' the instrument - or, as John Hurt remarked to Columbia's Larry Cohn, he wanted to play the guitar 'as it should sound.'

As it turned out, the artist developed an original style more akin to the Piedmont players - ragtime-oriented, replete with syncopated treble melodies and accompaniment designs driven by an anchoring, alternating bass. Unlike his many imitators, it was neither slavishly repetitive nor metronomic.

Recommended by some white players in the area, he was brought to the attention of an agent of Okeh Records in 1928, and made a few relatively successful sessions - the beginning of a promising blues career cut short by the Great Depression that tanked so many record companies and their artists.

Mr. Hurt returned to Avalon, Mississippi where for thirty-odd years he resumed his life of farming, playing occasionally for neighborhood picnics and community functions.

In 1963, absent the benefit of all the now-available blues research and recorded perspective, a few savvy blues aficionados in the Washington, D.C., area - including Dick Spottswood, Mike Stewart, and Pete Kuykendall - found and were immediately attracted to John Hurt's music, and - on a clue (John sings ''Avalon my home town, ...ain't got no drivin' rain.'') - convinced the adventurous Bob Hoskins to travel to Avalon, Mississippi, to try and record this artist - if he could find him. In the tradition of pioneers such as Alan Lomax and Sam Charters, Bob Hoskins indeed found his bluesman living and farming in Mississippi, no longer owning a guitar, or expecting any more musical attention.

Fighting a sore throat, trying to remember arrangements, chord progressions, and lyrics, he capos Hoskin's guitar to the fourth fret - perhaps as compensation for his voice. Then, at the request of Mr. Hoskins - he begins singing and playing into a tape recorder, sometimes along with his wife Jessie, sometimes with a full-throated rooster crowing for day in the background (seriously).

This is certainly an archival release, but one with surprisingly good recording quality; and, incidentally, with wonderful aesthetics from the perspective of packaging, archival photographs, and the like. This is an aural document of perhaps the most beloved blues artist of the twentieth century - at a time when he was the least prepared, yet hardly embarrassed - to perform on tape. Included also is Bob Hoskins' interview with John and his wife Jessie.

To be sure, for all who had the privilege of knowing this great artist and very special man, and for the many more who heard him in person, every musical encounter is special. To think that in a matter of months this artist achieved an artistic level greater than he had ever known, on par with any bluesman of that or any other era is yet another testament to Mississippi John Hurt and his indomitable spirit. This is an important document of the blues. --Larry Hoffman

Pic: Grigoris Miliaresis
Festivals in Tokyo range from fire-walking ceremonies to cherry blossom celebrations, so here's how to make the most of the parades, street food and more!

Get the Top Tokyo Cheapo hacks in your inbox.

The best offers from our partners

A no contract unlimited data and voice SIM for all. No residency card or visa required!
Mobal’s Japan Unlimited SIM is a no contract, no termination fee, voice & data SIM with free worldwide delivery.

Unlimited travel on any JR train—including the high-speed Shinkansen—for a period of 7 days. Price includes free UPS shipping to your home address.

More
What are you interested in?
Events
All Events
Places to stay
All Places
Cheapo Approved Accommodation
Questions or comments about Tokyo?
Start a thread on our community forum
Ask our local experts about Tokyo
Top Area Guides
All Places
Where the Cheapo is found
The Tokyo Cheapo YouTube Channel
All Videos
Popular Posts
More Posts
All Time | This Month | Cheapo Picks